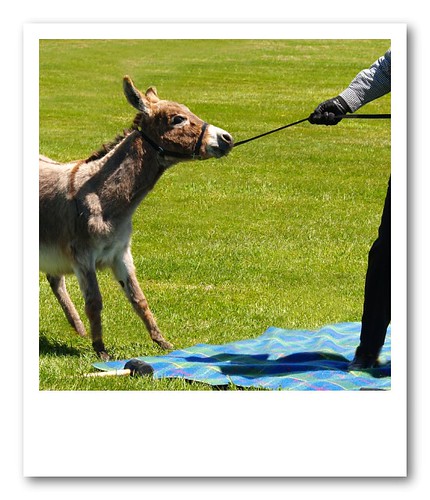 My name is Kaelin, and I’m entirely too stubborn. Not just the stubborn that says, I didn’t get it quite right that time, I’ll try that again. No. The stubborn that is still working to ‘get it right’ at 2:13am in the morning on a completely inconsequential project, when I have to be up in four hours with small children. The insane, blindly persistent stubborn that tells people that here is a person who doesn’t care that the first 307,459 times were a failure but this time it’s going to work.

I consider it one of my grievous faults, in most cases, as usually this stubborness is accompanied by the inability to step back and reconsider my attack on the situation. Stubborn without thinking, I’ve discovered, can get one into all sorts of awful situations.

However, this kind of stubborn is nearly a mandatory pre-requisite for artists and business people alike, and is well-documented by those people who end up changing the world. Thomas Edison failed thousands of times before creating a commmercially viable light bulb. Hundreds of people and hundreds of designs of flying machines failed before the Wright Brothers were successful in the world’s first controlled, powered, and sustained heavier-than-air aeroplane. And Columbus never did admit to discovering anything other than the East coast of Asia.

Which was in fact, completely wrong, but you’ve gotta admire his determination, here. I mean, he discovered two entirely new continents, and never tumbled to that fact.  It seems I’m not the only one who can’t step back and take a new view on a situation.

Am I right?  Or just plain stubborn?